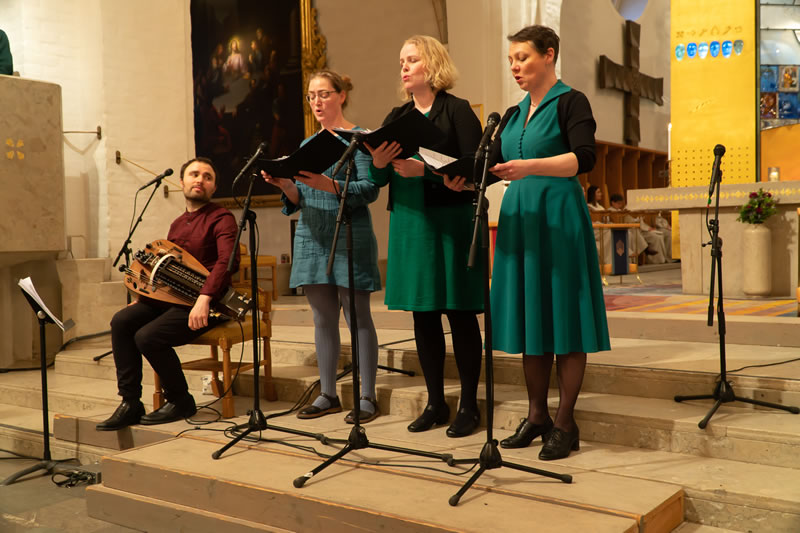 The vocal ensemble Gemma was founded by Karin Lagergren in 2006 with the purpose of performing Scandinavian liturgical music from medieval sources. The ensemble’s programs are often the fruit of Karin Lagergren’s research in archives and libraries. Thus, the results are s highly unique concert programs with music that seldom or never has been heard by modern audiences. Over the years, Gemma has performed a large number of concerts at, for example, the Oslo Medieval Music Days, NoMeMus Festival for Medieval Music in Söderköping, Trollhättan’s Early Music Days, and countless church concerts. Programs that can now be booked are listed under PROGRAMS. Gemma does not work with a set group of singers but the members vary depending on the production. Gemma has to this day recorded three CD’s: The Office of St Sigfrid – Celebremus karissimi, The Torstuna Missal, and Maria! Maria!